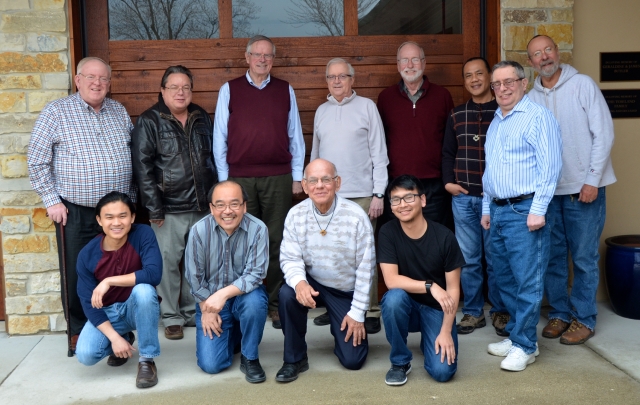 On April 9 the councils of the USA Province and the Canadian Region met in Hales Corner for the biannual meeting. The meeting stood in the shadow of the news received on April 6 that the Superior General, Heiner Wilmer, had just been appointed by Pope Francis to become the Bishop of Hildesheim, a diocese in northern Germany. The combined Councils wished Bishop-elect Heiner well in his new post, noting that the appointment has important consequences for the Congregation. These will become clear in the next few months as the Congregation moves toward a General Chapter and the election of a new administration.

The two councils reviewed the works of different shared committees of the two entities, such as, the North American Retreat committee, the Migration Committee, the Dehonian Family committee and the Theological commission. The North American Migration Committee had their report made by Frs. Jan de Jong and Tony Russo. The committee has had an impressive number of meetings and activities. Their work reflects a

decision of the two councils to make migration a primary issue for North America, particularly in a time in which the US government has begun a process of deporting many illegal Hispanic immigrants back to their countries of origin. Through the work of the committee but also through projects of individual communities, the North American SCJs seek to respond to one of the major social justice issues of the continent.

David Schimmel gave an interesting report on the work of the Dehon Study Center. The first stages of this work had been to put some order into the holdings of the Center after the death of its founder, Fr. P.J. McGuire. The initial work consisted of sorting out the books, articles, electronic files and other materials that had been collected by P.J. McGuire. It is hoped that the Center may become a vital resource not only of the writings of Fr. Dehon in English but also of translation and research into the person and legacy of Fr. Dehon. At present, it is necessary to create an interest in this work among the younger members of the Province in order to continue the study of the writings of Fr. Dehon in North America. 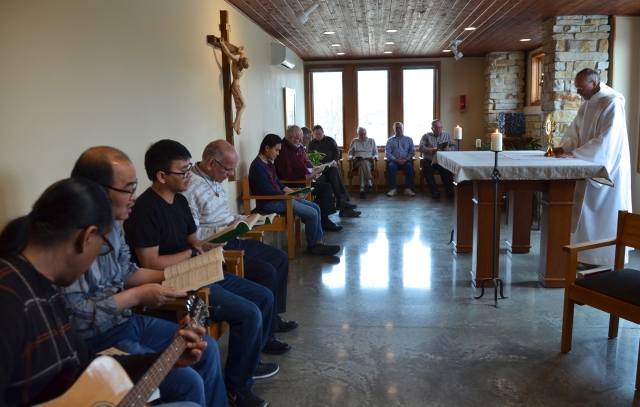 At the end of the day, the group went to the Novitiate house in Franksville for adoration, a social and supper. The Novitiate has only recently moved from Chicago to Franksville. There are at present two novices with Fr. Byron Haaland as Director of novices and Fr. Andrzej Sudol as associate director. The novitiate is in a modernistic, Wright-style home deep into the countryside of Wisconsin.